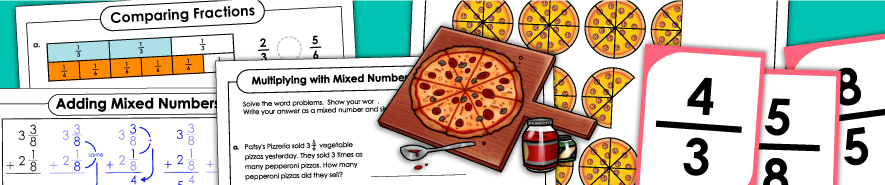 This page has worksheets and activities for teaching students about equivalent fractions and reducing fractions into simplest terms.

Compare and order pairs of fractions with these task cards, learning center activities, and worksheets.

These worksheets all feature fractions on number lines.

Fractional Parts of a Set

Download and print activities on calculating fractional parts of sets. (example: What is 3/4 of 24?)

Practice addition and subtraction of fractions (with same and different denominators) and mixed numbers.

Practice subtracting fractions and mixed numbers with these printables. Includes like and unlike denominators.

Multiply fractions and mixed numbers. Includes word problems, as well as worksheets with models and illustrations.

With these worksheets, your students can practice dividing fractions and mixed numbers.

Find the least common denominators for the pairs of fractions given.

Learn about percentages, such as converting decimals and fractions to percents and word problems involving percents.

Practice comparing two quantities with ratios. Look at the pictures and determine the ratios of objects. 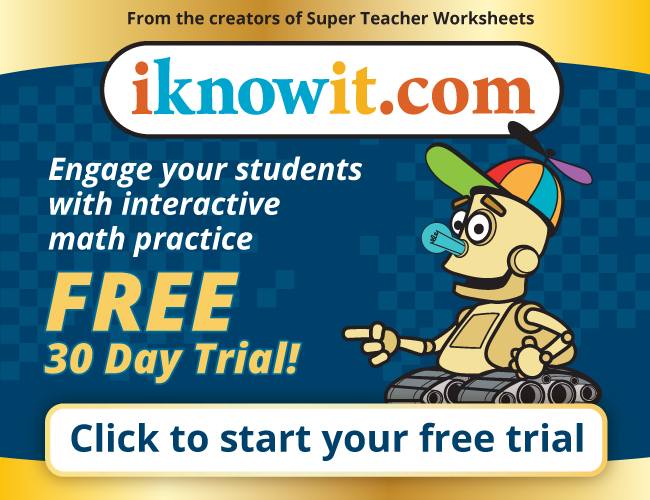